The 3rd Sinag JTS began with lectures on news and editorial writing from the invited expert speakers, the students were then made to undergo writing workshops in the afternoon. Their written output from the workshop were then judged by the speakers and the best articles given recognition.

The expert speakers for the 3rd Sinag JTS were Renato C. Asa and Kenneth Guda, both regular speakers from previous sinag events.

The Sinag JTS' provincial launch was made all the more special by the introduction of games and icebreakers into the program of activities. These new activities for the participants were meant to foster fellowship amongst the student writers who attended the seminar. Many students said that they were happy to have met new friends from the roster of student writers in their city.

Sinag also put up an exhibit of newspapers and school publications from the City of Sta Rosa and nearby cities and towns in the CALABARZON area to help show the participants the newspaper output and practices of different schools. This exhibit was meant to serve as a guide and inspiration for new and aspiring student writers who came to the event.

Truly, the 3rd Sinag JTS was a big success! Despite technical glitches (like a city-wide brownout that occurred as the event was coming to an end), most -- if not all -- of the participants stated that they learned so much from the seminar and enjoyed the activities prepared for them. Already, requests have started pouring in for Sinag printing to launch another Sinag JTS in Sta Rosa! We will definitely have more seminars to come for the students of Laguna so please keep posted to our sites for announcements regarding future Sinag events. In the meantime, heartfelt thanks are in order -- to all the schools who participated in the event and to the Sta Rosa PRISAA for co-sponsoring the 3rd Sinag JTS, a million thanks! Our social responsibility program would not be a success without your support. See you at the 4th Sinag Journalism Training Seminar!

Photos from the 3rd Sinag JTS

The participants during the Opening Ceremonies 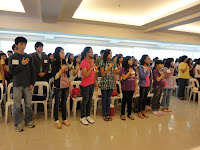 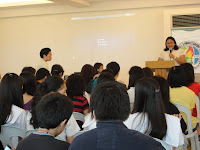 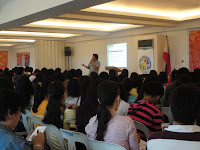 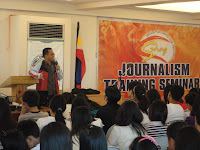 During the writing workshop 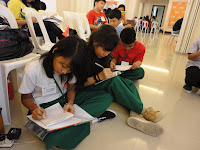 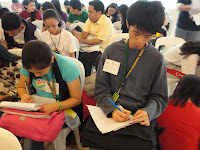 The Sinag Secretariat with the Speakers 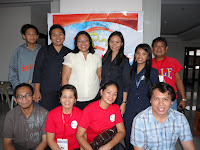