For their corporate social responsibility program, a husband-and-wife team of small entrepreneurs based in Calamba, Laguna received an international publisher’s award last Oct. 12 in Vienna, Austria.

Ruel Landicho and wife Raia Jennifer dela Peña-Landicho, proprietors of Sinag Publishing and Printing Services, received the Nataza Prize from the World Association of Newspapers and News Publishers (WAN-IFRA) in ceremonies held at the Reed Exhibitions Wien in Vienna.

The occasion was the 63rd World Newspaper Congress and the 18th World Editors Forum.

Speaking for her husband before editors and publishers from around the world, dela Peña-Landicho said, “The joy of being recognized in a big way for connecting with and giving back to the community in a small way is simply amazing. It goes without saying that this award will inspire us to do more and do better.”

Sinag Publishing and Printing Services won the award for the Sinag Journalism Training Seminar, a free seminar that has catered to more than a thousand students from both public and private schools in Laguna.

“I was away from my hometown for so long because I was studying in Metro Manila and doing some NGO work. When I came back, my father wanted me to take on his publishing business, but my problem was how to re-connect with Laguna, which was supposed to be my market,” dela Peña-Landicho said.

“That’s how we thought of this idea, from the need to re-connect with Laguna,” she added.

“So I dedicate this award to the memory of my father, Victorino dela Peña, who passed away recently. It was him who instilled in me the need to be of service to others even as we do business,” she said.

The Nataza Prize is named after Nataza Vuckovic Lesendric (1966-2011), a Serbian who owned a distribution system and set up a printing plant for the alternative press under the government of Slobodan Milosevic.

Lesendric modernized the management of the distribution system and the printing plant while supporting and promoting freedom of the press.

“When we received the invitation via e-mail to apply for the award, I thought, like many people receiving such invitations in this age of e-mail, that it was all a scam. We still submitted our papers but without expectations,” dela Peña-Landicho said.

“We are very happy. What we thought was a scam turned out to be real, and a generous way of recognizing our small efforts. We are very grateful to WAN-IFRA” she added.

“I hope this award will make other companies, even small ones like ours, to value their Corporate Social Responsibility programs. My father always told me that ‘No one is too small when it comes to giving back to the community and helping others’,” she said.

Sinag owners while giving their speech.

Other news feature on Sinag Printing winning the Natasa Prize for Printing Plants: 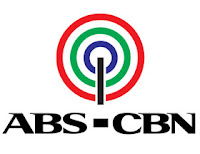